Malawi is a country located on the hinterland in Southern Central Africa bordered by Tanzania to the north, Zambia to the west and Mozambique to the south-west.

GOVERNMENT
Malawi is a Republic and gained independence from Britain on July 6 1964 and became a multiparty democracy in 1993. The Government of the Republic of Malawi is made up of three arms: The Executive, The Legislative and The Judiciary.

The Judiciary: The Judiciary is the third arm of Government vested with judicial authority and is independent. The Lord Chief Justice heads the Judiciary. www.judiciary.mw.

LANGUAGE
Malawi is a multi-lingual country which has around nine languages, all of them from the Bantu family. English and Chichewa are the official languages.

Laws and Official government records are written in English and parliament conducts business in English. English is also the language of education although Chichewa is taught merely as a subject.

Currently, there is a drive to promote all indigenous languages and major broadcasting stations air news in the major languages such as Chichewa, Tumbuka, Lhomwe, Yao and Sena as well as English

POLITICS
Malawi is one of Africa’ emerging and stable democracies. It has conducted peaceful and democratic elections every five years since 1994.
Malawi became a British protectorate in 1891, then named Nyasaland after Scottish Missionaries led by famous explorer Dr. David Livingstone had visited the area in 1859. The first nationalist uprising was led by Reverend John Chilembwe in Chiradzulu district in 1914-1915 protesting against forced labour and African’s involvement in the First World War. The first organised political party was the Nyasaland African Congress born in 1944. In 1953, the Federation of Rhodesia and Nyasaland was formed despite African opposition. The Congress led the protest until 3rd March, 1959 when it was banned after State of Emergency was declared.

The Malawi Congress Party, was formed after the banning of the Nyasaland African Congress. Its leaders were released in 1960 and Dr. Hastings Kamuzu Banda became its leader. Nyasaland became an independent state of Malawi on July 6, 1964. It became a Republic, with Dr. Hastings Kamuzu Banda as the first President in 1966. This was also the year that Malawi became, by act of Parliament, a one party state for 31 years. On June 14, 1993, Malawians voted overwhelmingly for multiparty democracy in a national referendum. The United Democratic Front led by His Excellency Dr. Bakili Muluzi became the first democratically elected President. In 2004, His Excellency the Late Professor Bingu wa Mutharika was elected the third Republican President. The Late Professor Bingu wa Mutharika was re-elected into office under the banner of the Democratic Progressive Party in 2009. He passed away in office in April, 2012. Her Excellency Dr. Joyce Banda, then Vice President of the Republic, ascended into office to become the first female Head of State. His Excellency Professor Arthur Peter Mutharika, was elected to become the fifth Malawi President on May 20, 2014 and took oath of office on 1 June, 2014. On June 23, 2020 Malawians elected His Excellency Dr. Lazarus Chakwera as the sixth President of the Republic after a historic rerun of 2019 elections which were nullified by the constitutional Court.

Malawi has over 50 registered political parties. 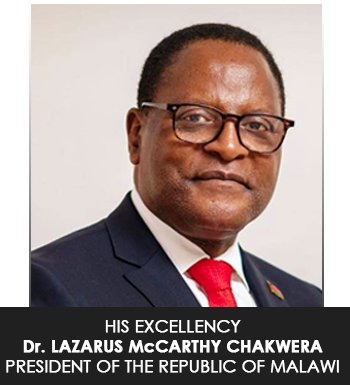 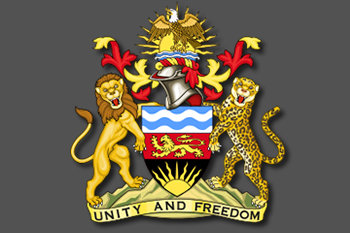